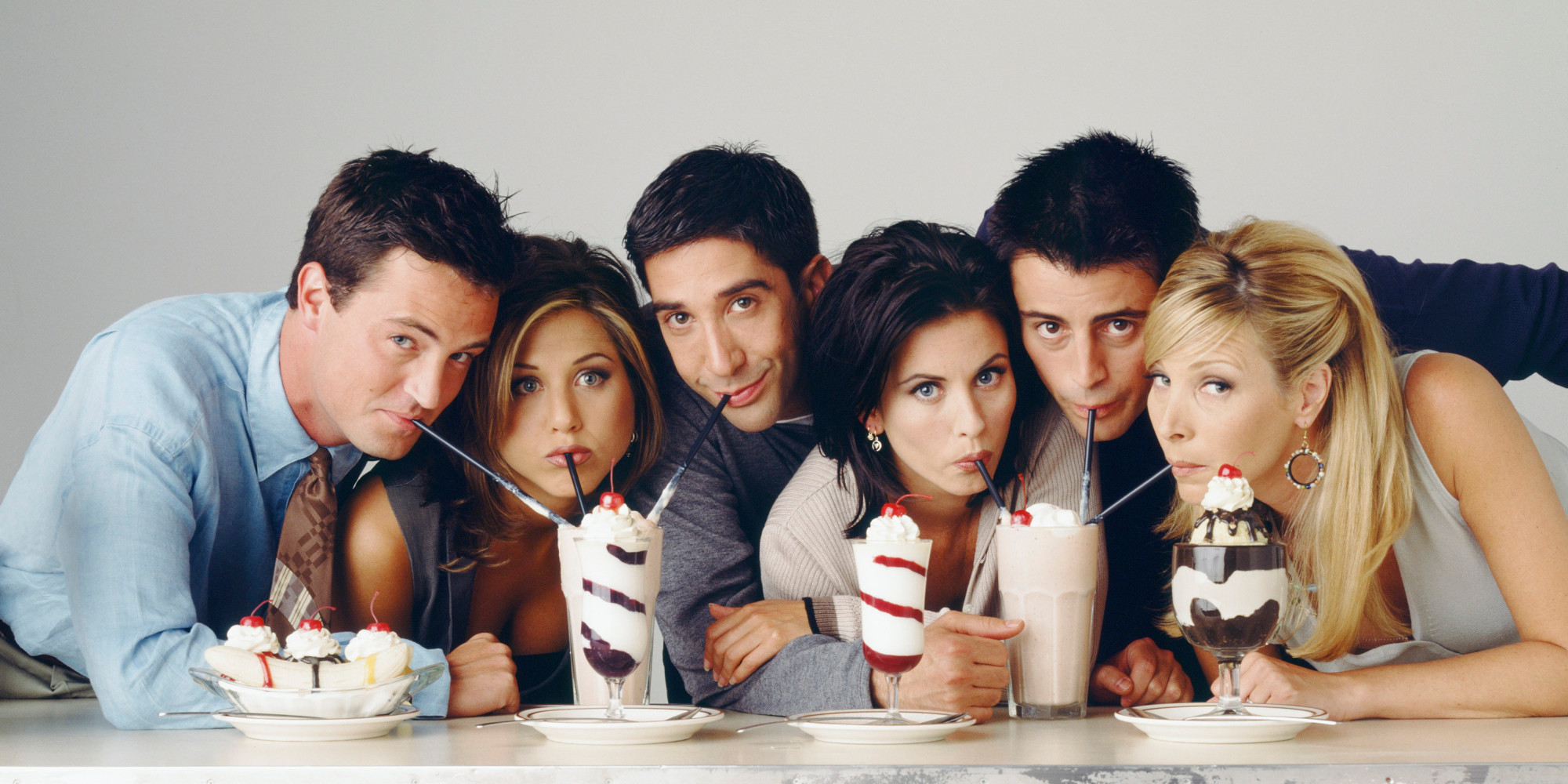 We live in uncertain times.

We don’t know who the funniest friend in the hit 90’s sitcom “FRIENDS” is.

Once you realize you’ve been living your life with such a gaping hole in your knowledge base, you can never go back.

That’s why I decided to make it my mission to harness the cutting edge powers of artificial intelligence and find out if Phoebe’s quirky non-sequiturs are funnier than Ross’s dinosaur jokes.

Fair warning: Prepare to be surprised!

If you’re wondering how artificial intelligence can possibly figure out who says something funny, here’s my explanation of the technical aspects of the project.

In case you were hoping to stay awake instead, here’s a quick demo video showing what it looks like:

There are two caveats to this approach that I explain at the end of the article.

Before we get to the main course, a couple appetizers:

This award goes to Joey. Joey made the audience laugh for a full 30 seconds when going through his fake resume skills with Phoebe in “The One Where Joey Speaks French” (S10E13). He wrote that he could chug a gallon of milk in under 10 seconds on his resume. Phoebe called him out. He immediately went to the fridge, grabbed a gallon of milk and proceeded to “chug” (i.e. spill down the front of his shirt) for 30 seconds straight. Peak Joey moment.

The award for the funniest episode goes to “The One Where the Stripper Cries” (S10E11). I immediately rewatched this episode when I discovered this and it definitely lives up to the hype. The episode is full of high school and college flashbacks starring “fat Monica”, Rachel’s “real” nose, and ridiculous hairstyles all around. Not to mention we find out Ross kissed Monica in college! Meanwhile Joey gets on a game show and gives a performance that only Joey would be capable of. But what puts this episode over the top is Danny DeVito’s outrageous guest appearance as the stripper at Phoebe’s bachelorette party.

In contrast, the episode with the least amount of laughter turns out to be “The One with the Invitation” (S4E21). This was a heavier episode that flashed back through the highs and lows of Ross and Rachel’s entire relationship up to that point. Ross was about to marry Emily in England and Rachel had to wrestle with whether she wanted to attend the wedding or not (we all remember how that turns out).

In terms of the funniest season, the results are quite interesting (some might even say incriminating). As you can see in the chart below, the amount of laughter per season tended to keep going up as the show progressed. Were seasons 9 and 10 really THAT much funnier than seasons 1 and 2? I’ll let you decide for yourself. But this could point to the producers becoming more liberal with the laughter editing as the show went on. Let’s look at the glass half-full and say the writing and the chemistry simply got better as the show went on!

Now, what you’ve all been waiting for:

The Funniest Friend in FRIENDS

The natural thing to do would be to see which character generated the most laughter throughout all 10 seasons and declare them the funniest. But I think this is unfair. Some characters (ahem Rachel and Ross) speak WAY more lines than other characters (poor Phoebe).

To level the playing field, we will look at the average laughter generated per line by each character.

Is anyone surprised here? Monica tends to be the “responsible” one who keeps things on track. She usually has her hands full correcting the foibles of her more hapless friends and keeping her nice china from breaking. To her credit, everyone realizes this and Ross and Rachel even admit they would ONLY allow Chandler and Monica to raise their child if Monica is in the picture (S6E13). Every friend group needs a Monica.

This one surprised me. Early in the series, it seemed like Rachel was behind so many punch lines. She was introduced to us as a runaway “daddy’s girl” and watching her deal with realities like making coffee and getting “one of those job things” was immensely entertaining. But I guess as things became more serious with Ross, she became more serious too.

It turns out the two characters with the most lines (Ross and Rachel) aren’t that funny! Granted Ross does tend to take things pretty literally most of the time and he is a paleontology professor after all. He definitely has a goofy side and loves his nerdy jokes but he and Rachel were involved in a lot of the serious storylines over the course of the show. So it makes sense that they weren’t always joking around.

Phoebe missed getting 2nd place by a hair! There’s actually a very big gap between Phoebe and Ross so I officially declare Phoebe to be a really funny character. It’s unfortunate that she didn’t get as many lines as the other characters but it’s true that she often lived far away from the group. That said, she was a constant source of comedic relief with her alternative remedies and “street-smart” upbringing.

Chandler strikes me as a bit cynical sometimes so I wasn’t sure where he would fall. But looking back it does seem like Chandler is always waiting to find the comedy in a conversation. While his humor can often be self-deprecating and sometimes pessimistic, he seems to have the ability to bring levity to even the most serious moments on the show. Maybe that’s why he and Monica were such a good match!

Ok, show of hands – who guessed this from the start? The best part about Joey being the funniest character is that he’s not even trying to be funny most of the time. A lot of his humor isn’t really intentional. Yes we all know that maybe Joey is a little “slower” than the rest. But he has an innocent naiveté that makes his comments both hilarious and genuine at the same time. It’s actually hard to remember Joey lines that aren’t funny.

No matter how you slice the data, these rankings pretty much hold.

One thing to note is that Ross actually generates more laughter than Phoebe throughout the entire show. But he also gets way more lines throughout the show, so it wouldn’t seem right to say he’s funnier than Phoebe. On a per-line basis, Phoebe is much funnier.

It’s also interesting that Chandler has more lines that are followed by laughter than Joey. It’s just that when Joey says something funny, the audience laughs longer than they do for Chandler’s lines (by 6% on average!).

So there you have it. Go ahead and check one more uncertainty off your list. Progress! Now for that Korn concert…

See who has gotten funnier over time. Joey wasn’t the funniest character until Season 5! And Monica has been on an absolute tear since her very serious Season 1 performance!

Humor is relative. What I find funny you may not and vice versa. Humor is also hard to measure. Luckily, most FRIENDS scenes were filmed in front of a live audience of 300 people. Naturally, when a lot of these people laugh, I assume something is funny. Now of course, laughter can be edited. But for the sake of this article, we’re going to assume something is funny when the audience laughs.

I only captured spoken lines in this analysis. That means characters don’t always get credit for their non-verbal humor. Fortunately, less than 3% of the laughter in the show is purely non-verbal.

Alright back to the article.